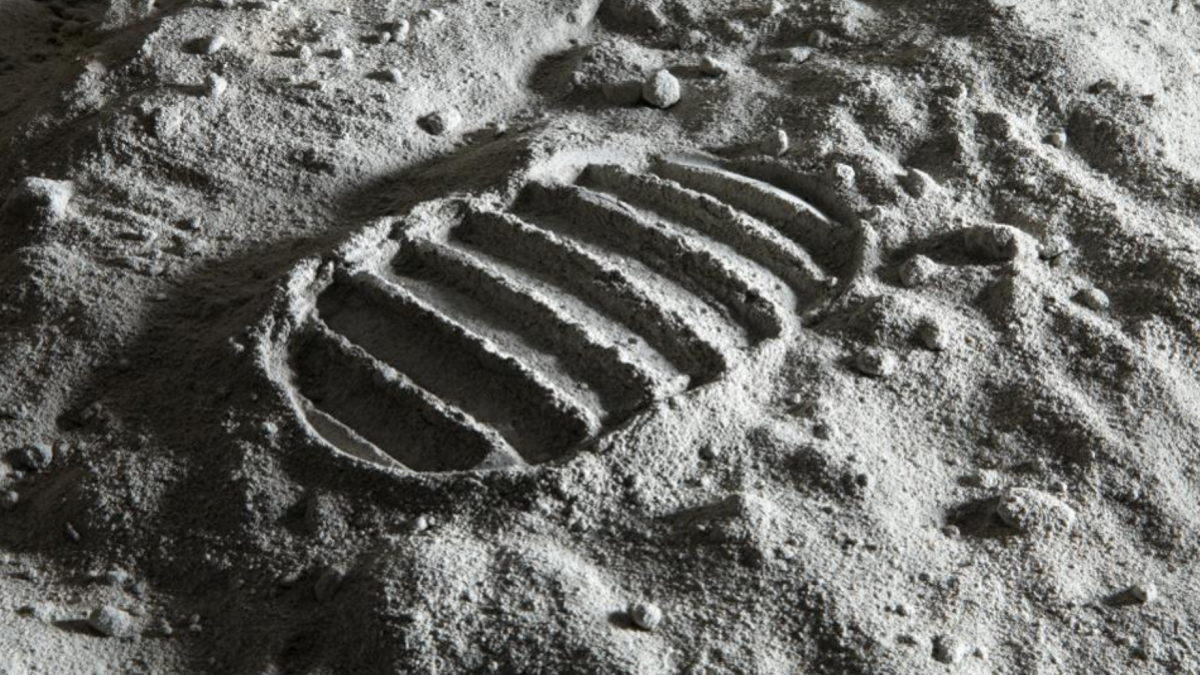 Is PropTech About To Have Its ‘Man On The Moon’ Moment?

Advances in technologies have the potential to impact our lives in many profound ways, from the coffee you drank this morning that has an equal chance of being made by a fully automated espresso machine as it does in the otherwise capable hands of your local hipster barista, to the device you’re most likely reading this very article on that’s millions of times more powerful than the NASA supercomputers that put man on the Moon in 1969.

For several years now the real estate industry’s adaption of emergent proptech has shifted gears to meet the demands and expectations of a changing market. This relationship has not always been easy, with frictions flaring between the old guard and the new over how necessary and genuinely useful these technological enhancements are for the market.

Yet as of today, proptech has grown into a massive industry with worldwide fundraising by proptech companies valued at $18 billion in 2018, according to a Deloitte report from earlier this year; and for those of us invested in the future of proptech, we see this not as a bubble, but as a reach for the stars.

Proptech is here to stay

Digital innovation is not a zero-sum game, hit and miss sometimes certainly, but the benefits far outweigh the costs. Raconteur’s recently released Future of PropTech report contained some of the smartest insights concerning the future of this industry, but it also revealed some noteworthy introspections that industry experts have had on the current and future state of proptech.

Such concerns are not unwarranted. There have been comments passed by industry experts, such as NAEA Chief Executive Mark Hayward, who feel that a proptech fatigue is setting in, as more and more proptech solutions emerge and are pitched to agents online and over the phone. Another voice comes from tech industry guru Neil Singer, who claims that only 5% of proptech firms will survive.

Yet the recent Deloitte report suggests that proptech fundraising increased from $3 billion in 2014 to $18 billion in 2018, suggesting that investor confidence isn’t buying it. In fact, it’s quite the opposite as we see a potentially stratospheric rise, even though it’s heavily weighted on mature investments, with late-stage, Series C & D investment making up 71% of the proptech capital raise in 2018.

Domestically the U.K. proptech market is hugely lucrative, worth a potential £6 billion, and already receives 10% of global proptech investment. Before the election purdah went into effect, Housing Minister Esther McVey announced that the government would be releasing local data to help the U.K. proptech industry “bring about a digital revolution in the property sector.” It shows that the government sees the value in proptech and in how it might unlock latent potential in the real estate industry. And with the Conservatives winning a huge majority in the latest election, it’s likely that the next Housing Ministry will maintain this pledge.

The reason that proptech is likely to continue receiving more and more support and investment going forwards is clearly evident on one intrinsic reason, as Alex Edds, Director of Innovation at JLL UK, notes in the Future of PropTech report: “At its core, proptech addresses fundamental questions of how we experience and extract value from real estate.”

Extracting value from proptech is key to readying the next leap in how real estate does business. We’re in the digital age, an age where technological innovations introduce smarter and more efficient ways of meeting business and consumer needs. And whilst we are seeing pockets of excellence in agencies that have taken proptech and ran with it, there is still a significant stretch of transformation required for the industry as a whole.

Investment in proptech is futurist

That said, most agencies now realise the potential of proptech. According to the 2018 KPMG Global PropTech Survey, “90% of real estate organisations think that the industry views proptech as an opportunity.” But at the time, only 30% said that they currently invest or plan to invest in proptech startups. That’s a significant discrepancy between knowing something is valuable and actioning steps to access that value.

Sam Zawadzki, founder of Lead.Pro–a marketing and growth tool for leading agencies–makes several key evaluative reasons why agencies might be shy at investing in new proptech:

4.      There might not be a demand for the new service [in the marketplace].

5.      It won’t integrate with existing processes.

This helps to explain the real estate industry’s reluctance to invest in proptech as well as various commentary that the industry is a bit of a dinosaur, slow to adopt digital strategies and new technologies. House buying is an emotional business and agents are inherently people-focused because of this, so anything that changes this dynamic is likely to be viewed with caution as it’s perceived to impact on their ability to keep delivering that personal touch.

Jumping forward, KPMG’s latest Global PropTech Survey in 2019 reveals that this reluctance to adopt new technologies is rapidly beginning to change. In 2019, 58% of respondents said that they had a digital strategy in place, up from a stagnant 52% in 2018 and 2017. It will be interesting to see how this trend evolves in 2020, but we’ve reached the tipping point where enterprise-level digital strategies and proptech investment and adoption become the dual pillars of driving business growth and enhanced consumer experiences.

With 90% of real estate organisations now acknowledging the value of proptech, the next critical phase is to encourage the industry’s digital strategy uptake to match the demand in proptech investment.

The value in a proptech-engaged digital strategy and transformation plan for the real estate industry is immense, and this goes further than the investment state, to how the whole property ecosystem can experience growth.

Think about some of the biggest technological innovations of the 21st century, such as social media, 3D printing, and Elon Musk’s reusable rockets. These technologies began with an idea, were invested in by those who believed, and are right now changing the world we live in.

I believe that it’s proptech’s turn to shape our future. As Gary Chimwa, founder and chief executive of FUTURE PropTech succinctly points out: “It is the challenge of improving the world we live in where proptech can truly play a significant role.”

Global real estate is the largest single asset class in the world, valued at around $230 trillion. That level of capital makes it a no-brainer that proptech innovation holds a key stake in the world’s future, as it has the clear potential to impact billions of people.

With the world now more connected than ever before, through cloud technologies supported with virtual and augmented realities, consumers can view and conceptualise their dream properties from anywhere in the world. We’re really only now touching the sky when comes to the property innovations already in application and in development that can revolutionise the property space.

But there is a real need for new tech to deliver real-world solutions, as according to research from the data analytics company CB Insights, 42% of start-ups fail because their product has no market need. Considering the drop in new proptech companies arriving to market in the last few years, it’s clear that the substantial investment coming into proptech must be suitably focused.

Nonetheless, with cloud-based platforms automating finances for tenants, blockchain technologies taking the strain off the property buying process and 3D mapping giving pinpoint accuracy on floorplans, as well as numerous other proptech innovations helping the B2C property market, it’s no surprise that global investment in proptech has hit record levels.

Much like with the Space Race of the 20th century, there’s no going back for the proptech industry, as summarised by James Dearsley, the cofounder of global property and proptech platform for business Unissu: “No other industry that has gone through a digital transformation has ever gone back. Just like the music and automobile industries, real estate is changing forever.”

Real estate agencies that don’t keep up with this trend are liable to be left behind. We’ve seen in other industries how technology can optimise performance and promote growth. And in an industry like real estate, with very narrow margins, those agencies that don’t embrace new technologies are going to see their operational costs rise as they lose their competitive edge.

In 1969, an estimated 600 million people around the world tuned in to see one man become the first human on the moon.

In 2019, an estimated 7.7 billion people are looking for new ways to achieve one of the few truly shared dreams of all mankind. A place to call home. And while few of us will ever reach space in our lifetimes, buying a house is an achievable dream that most of us will aspire to realise at some point in our lives.

Proptech is the vehicle that will massively improve the one thing that sits at the very heart of the real estate industry: the customer experience. So, it only makes sense that proptech is the kind of innovation that is worth the leap, giant and daunting as it may seem. Because no one ever remembers the agency that was too scared to step up and deliver an experience that is out of this world. 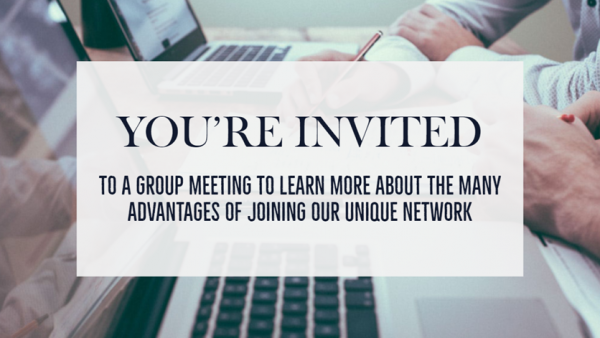 We are holding a group Zoom (online video) meeting on the 13th of November at 10:00 am for appropriate parties who are interested in learning about the advantages of joining us as franchisees, consultants or associated agencies. 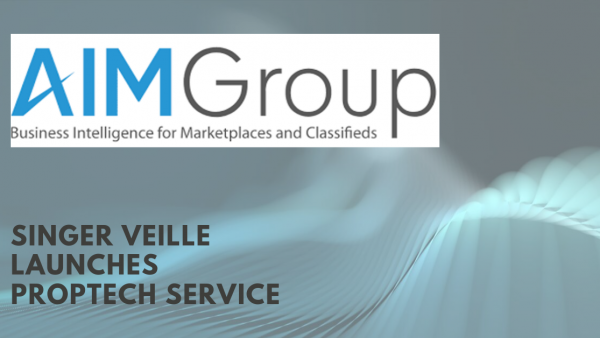 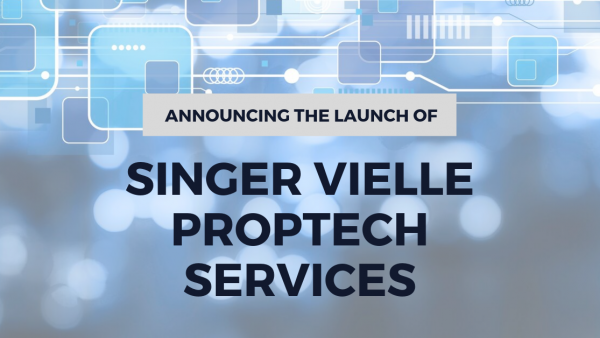 Recognised as a technology-enabled niche agency, Singer Vielle is launching a Proptech consultancy and application development service specifically for the property sector. As the role of the agent is rapidly changing, Proptech services are likely to become a regular service offering from forward-thinking agency firms.