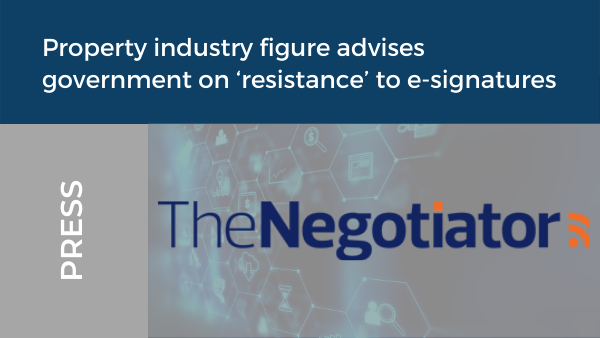 Neil Singer, who runs property firm Singer Veille and tech platform ClicktoPurchase, has been called up by the Ministry of Justice.

A leading tech innovator within the property industry has been seconded into the government to advise Ministers on the introduction of e-signatures, it has been revealed.

Neil Singer, who runs property investment firm Singer Veille and also founded digital contract exchange platform Clicktopurchase.co.uk, has been appointed as a member of the Industry Working Group on Electronic Execution of Documents.

Formed by the Ministry of Justice, which now has a new boss in the form of Dominic Raab following this week’s reshuffle, the group was set up following a recommendation by the Law Commission which the Lord Chancellor welcomed and has implemented, with the membership recruited via a public appointments campaign.

Its terms of reference include best practice guidance for the use of electronic signatures, analysis of different technologies’ security and the reliability and investigating solutions.

The group will also then make recommendations for reform to government as well as provide guidance which will insist businesses and professional practitioners.

Singer Veille is a property execution platform for private treaty and auctions gaining traction in the commercial property sector, and says its unique bidding and sale completion system is set to achieve similar results within the residential market.

Singer will be in august company. Other members of the group include leading legal figures Mr Justice Fraser, Lord Justice Birss and Professor Sarah Green of the Law Commission.

“Electronic Execution brings speed, accountability, transparency and ease to all transactions.  Having entered this world some years ago, I have been surprised at the resistance to adopt within the property profession and failure to recognise how such technologies offer an opportunity,” says Singer.

“Attitudes now appear to be changing and I find very little opposition to the electronic execution we offer, in fact quite a willingness and interest to adopt.

“It is a great privilege to be working alongside such eminent experts in the Industry Working Group.  I am sure the work of the Group will be of great benefit to businesses and professionals, including those within the property industry.”

Singer Vielle Google Hangout May 16th, Richard and Dale discuss new properties coming to the market this week and other news. 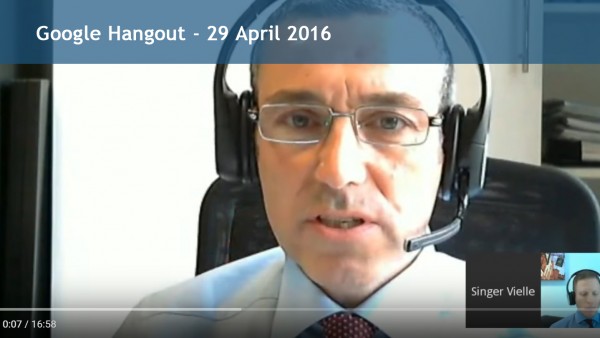 Singer Vielle team discuss upcoming properties for sale, the market and demonstrate one of our real-time online auctions. 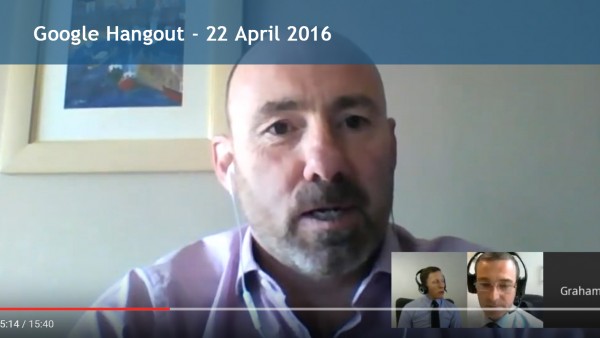 Neil Singer and the team discuss market news and new properties on offer.