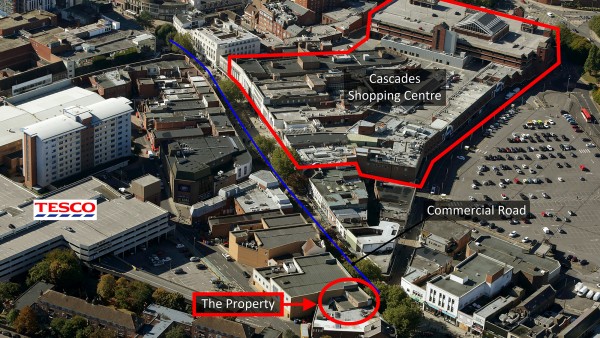 Portsmouth is located on the south coast of the UK and is the second largest city Hampshire. It is a major commercial and retailing centre, one of the UK’s main commercial ports and is home to the Royal Navy. Portsmouth is a popular tourist destination with attractions such as Portsmouth Historic Dockyard, which houses HMS Victory and the Mary Rose, the Charles Dickens Birthplace Museum, Spinnaker Tower and the Gunwharf Quays shopping centre.

The city benefits from good road communications with convenient access provided into Portsmouth city centre via the M275, which in turn links the city to the M27 and A27 which form the main coastal route. The M27 provides access west towards Southampton and the A27 provides access east towards Chichester and Brighton, as well as to the A3(M) and A3, linking to the M25 and London.

Commercial Road is Portsmouth’s principal retail thoroughfare. The subject property occupies a prominent retailing pitch on the northern end of the pedestrianised section of Commercial Road, opposite its junction with Charlotte Street. Nearby occupiers include Argos, Sports Direct, McDonald’s, TUI, Specsavers and Subway.

The property benefits from being in close proximity to the entrance to the Cascades Shopping Centre which provides 60 stores with a wide range of high street and independent boutique style shops. The scheme is anchored by Marks & Spencer, Primark and H&M with other retailers including Next, Lush, Starbucks, Thorntons, TK Maxx and Dorothy Perkins. 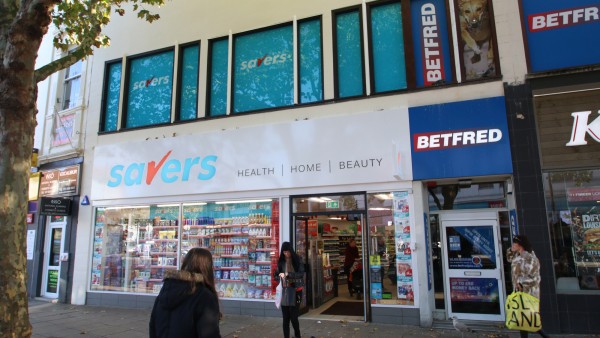 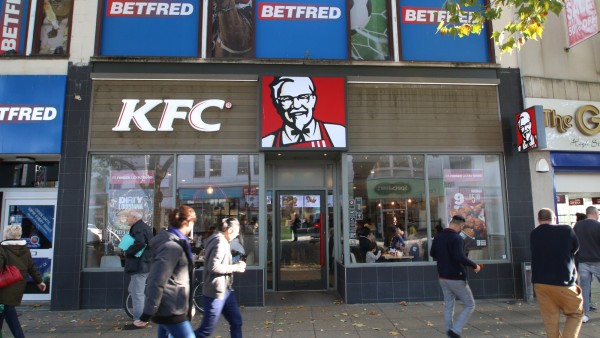 Each unit has been fitted out by the tenant in their usual corporate style.

Pedestrian access is provided at the front of each premises from Commercial Road and vehicular access from the rear via Commercial Place.

The property has been measured by BKR Floor Plans and provides the following net internal floor areas;

Floor plans are available to download and the measured survey report will be assigned to a purchaser at a cost of £300 + VAT. 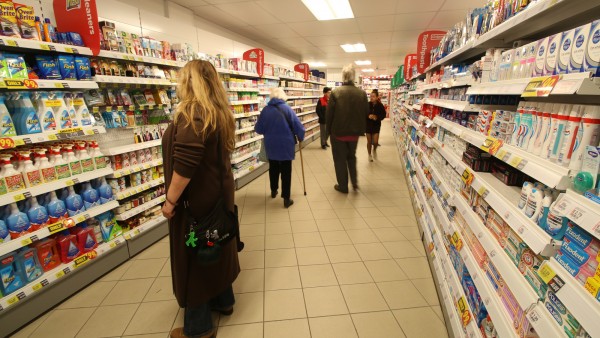 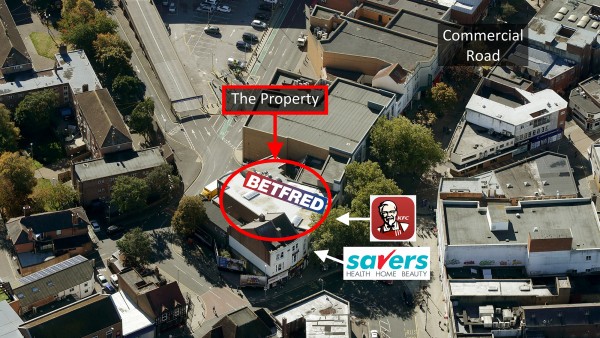 The lease was assigned from the original tenant, Kentucky Fried Chicken (Great Britain) Limited who provided an Authorised Guarantee Agreement.

A new reversionary lease has been granted to Amsric Food Limited for 5 years from 25th June 2024, expiring 24th June 2029 at a rent of £52,500 per annum (£54 Zone A). As part of the agreement to enter into 5 year reversionary lease, the tenant has been granted a six month rent free period. In order that a purchaser does not suffer an income shortfall the vendor will top up the rent on completion by way of an adjustment to the purchase price.

Amsric Foods Limited have a tenant only option to renew for a further 10 years.

The First Floor is let to Done Brothers (Cash Betting) Limited (t/a Betfred) on a Full Repairing and Insuring lease for a term of 5 years from 29th September 2013, which expired on 28th September 2018. The current passing rent is £12,500 per annum. The tenant is currently holding over.

The property is let to Savers Health & Beauty Limited on a Full Repairing and Insuring lease for a term of 10 years from 17th August 2018, expiring on 16th August 2028. There is a tenant’s only break option on 16th August 2023, subject to 6 months’ prior written notice and a 6 month rent penalty (£30,000) if the break is exercised.

The tenant has been granted a 6 month rent free period expiring on 16th February 2019. In order that a purchaser does not suffer an income shortfall the vendor will top up the rent on completion by way of an adjustment to the purchase price.

Therefore, an investor will benefit from an income profile of: 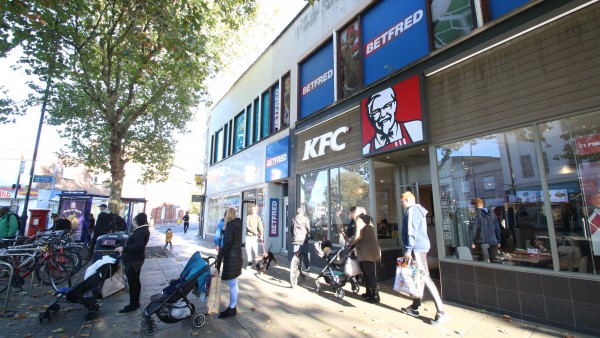 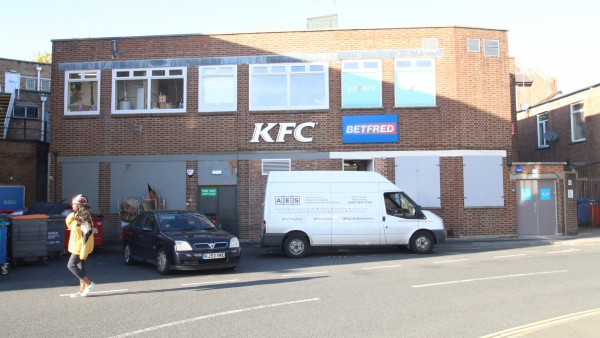 Harland South Limited (Co No. 10692907) are a dormant company. Their lease is guaranteed by Amsric Foods Limited.

Amsric Foods Limited (Co No. 02770878) has reported the following figures:

Amsric Foods Limited operates fast food restaurants as a franchisee of KFC. The company has been trading since 1992 when their first store opened in Woking, Surrey. The company employs approximately 1,000 members of staff across 51 KFC high street, drive-thru and shopping centre stores throughout the South of England.

Subsequent to the end of 2017, Amsric Foods Limited operated 30 restaurants. In December 2017 and January 2018, they expanded further by acquiring 21 new restaurants across the south of England, bringing their total to 51.

Amsric Foods Limited is a wholly owned subsidiary of Amsric Holdings Ltd which, in addition to their KFC restaurants, operates 17 Starbucks stores across the south of the UK and one Anytime Fitness Health Club in Woking.

“The principal activity of the Company during the period continued to be the sale of KFC products through company-owned restaurants in the UK and via its branch in Germany, in addition to the receipt of income from Franchisees of the KFC trademarks and processes in the UK”.

Done Brothers (Cash Betting) Limited was founded in 1967 as Done Bookmakers by Fred Done and Peter Done. The business has grown steadily over the years and the trading name was rebranded as Betfred in 2004.

In 2017, Betfred purchased 322 shops due to the merger between Ladbrokes and Coral in 2016 and now operates over 1,650 betting shops across the UK in addition to 51 racecourse shops throughout the UK, including Epsom, Newmarket and Cheltenham. For further information see: www.betfredcorporate.com

Savers Health and Beauty Limited (Co No. 02202838) has reported the following figures:

Savers Health & Beauty specialise in the sale of affordable health, home and beauty products. Their first store opened in Durham in 1988 and has since grown to a total of over 400 stores throughout the UK. As reported on their website, Savers Health & Beauty’s principles are to stock the best branded, health, home and beauty products on the high street at the best prices.

In 2000 Savers Health and Beauty was acquired by A.S. Watson Group who, according to their website, are the world’s largest health and beauty retailer. They in turn are a wholly owned subsidiary of CK Hutchison Holdings, one of the largest companies listed on the Hong Kong stock exchange. Their five core businesses are ports and related services, retail, infrastructure, energy and telecommunications. For further information see www.savers.co.uk 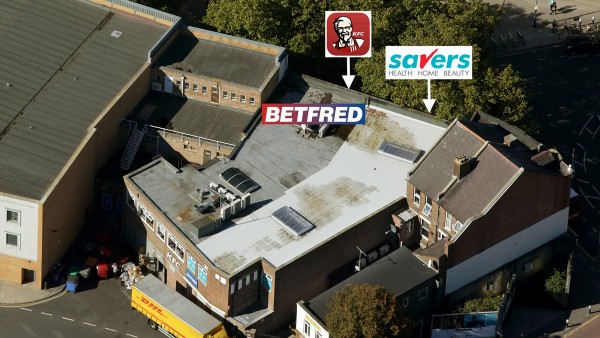 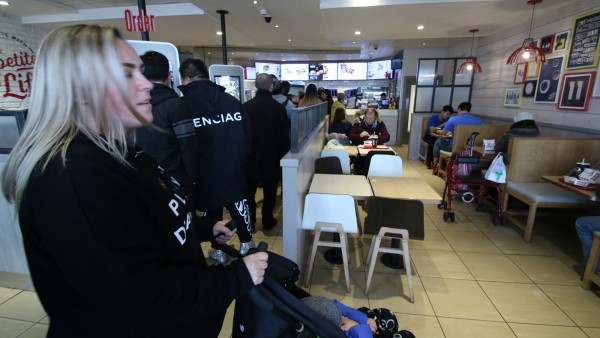 We are aware of the following investment evidence on Commercial Road:

We are instructed to seek offers in the region of £1,550,000  (One Million Five Hundred and Fifty Thousand Pounds), subject to contract, reflecting a net initial yield of 8.0%, assuming standard purchaser’s costs of 6.12% and a reversionary yield of 7.6%.

Please note that a purchaser will be re-charged the costs of searches which are provided in the data room. 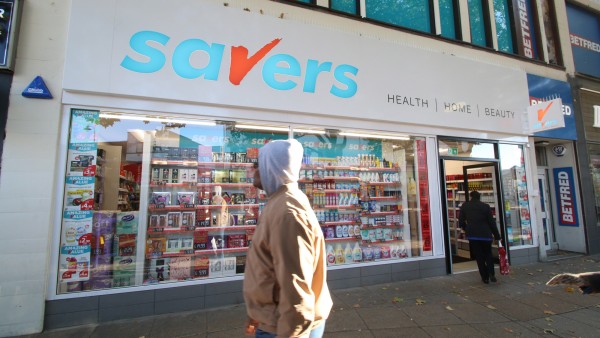 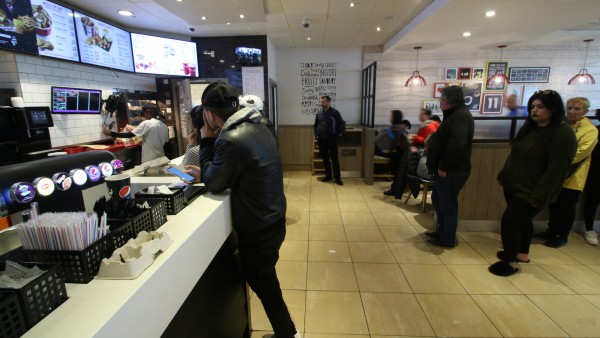