OFFERS IN EXCESS OF

Kilmarnock is the principal centre for East Ayrshire with a resident population of approximately 44,000. The town is located approximately 32 km (20 miles) south west of Glasgow and 24 km (15 miles) north east of Ayr.

The town benefits from good road communications and is served by the M77 Motorway approximately 6.4 km (4 miles) to the north-east. In addition, the town lies at the intersection of the A71 which runs from Edinburgh to Irvine, the A76 from Dumfries and the A77 from Stranraer to Glasgow. The town is connected to the national railway network with a fastest journey time to Glasgow Central of approximately 35 minutes. Glasgow International Airport is approximately 37 km (23 miles) to the north.

The property is situated on the west side of King Street within the heart of Kilmarnock town centre. King Street is the principal retail thoroughfare within the town, with a large section of the street being pedestrianised, supported by Burns Mall shopping centre. The property is located within the pedestrianised section alongside a number of national multiple retailers including Marks & Spencer, Boots, W H Smith, Superdrug, Specsavers, New Look, Card Factory and Vodafone. The Town Centre is well-served by car parks with Sturrock Street car park directly opposite. 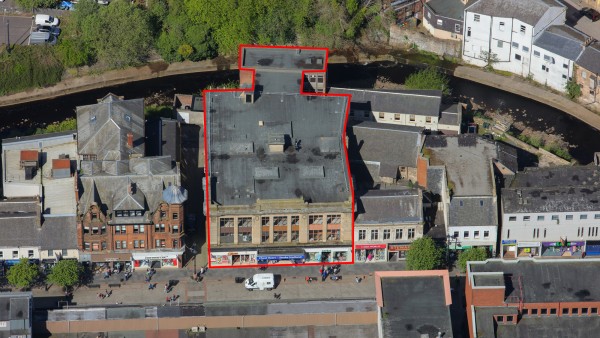 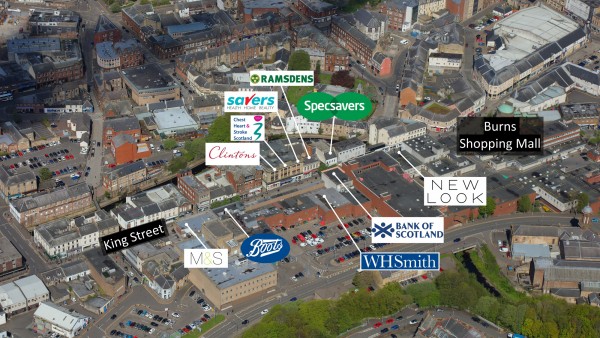 The property comprises a substantial stone building constructed in 1923 originally to house Lauder’s Emporium. The front elevation is of sandstone with ornate features with the gable and rear elevations being of engineered brick. There is a flat roof. The main building is 3 storey and basement and there is a brick built 3 storey extension to the rear accessed via a “link” bridge.

The tenants trade over ground floor and use the basement and first floors for storage, staff facilities, toilets etc. The top floor of the building is unused at present.

We have been provided with the following internal floor areas. When calculating the ITZA we have based this on the accommodation each tenant actually uses and ignored ancillary accommodation that is unused. We have applied 1/10 to the basement and 1st floor areas. 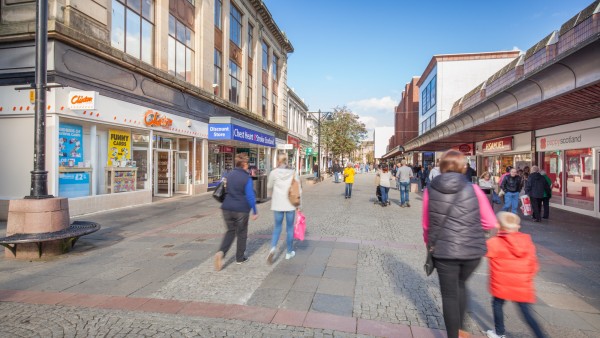 The Building is listed as being of Architectural or Historical Importance Category C. 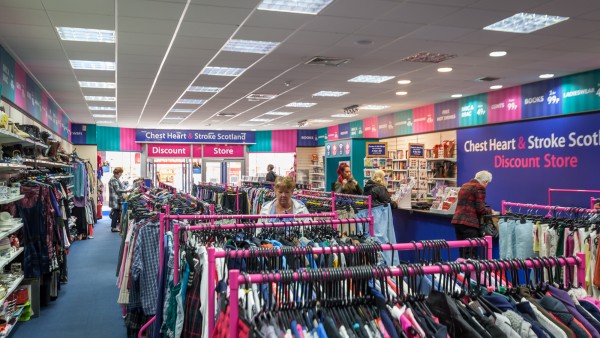 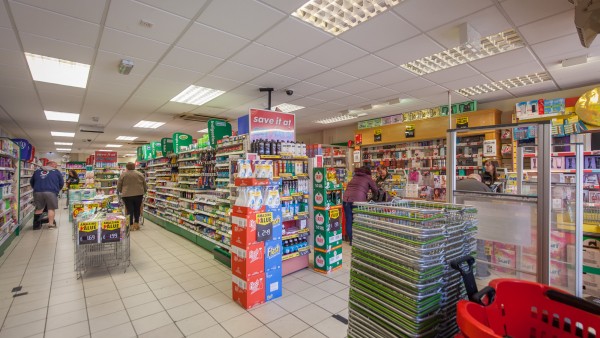 The properties are held on separate occupational leases as follows;

Clinton Cards has been in occupation of this unit since 1997.

Unit 2
Let on a new Full Repairing and Insuring lease (subject to a Schedule of Condition) to Chest Heart & Stroke Scotland (a registered charity) with effect from 31st October 2017 until 31st October 2027 at an initial rental of £35,000 per annum, equating to £23.73 per sq ft. There is a fixed rent increase as at 31st October 2022 to £40,000 per annum and the tenant has a break option effective 31st October 2022, on serving 6 months prior written notice.

Unit 3
Let on a Full Repairing and Insuring lease to Savers Health & Beauty Limited on a 10 year lease extension from 1st July 2018 until 30th June 2028 at an initial rental of £28,500 per annum, equating to £17.67 per sq ft. There is provision for a rent review effective 1st July 2023 and the tenant has a break option effective 1st July 2023, on serving 6 months prior written notice.

The companies have reported the following trading figures;

397 stores were purchased in June 2012 by American Greetings based in the USA and currently own Clintons. A full rebrand was put in place including where Clintons replaced Clinton Cards and a refurbishment of all the stores was also put into action.

There are currently circa 360 stores all over the UK, including Scotland, Wales and Northern Ireland as well as a transactional website.

CHSS are Scotland’s health charity supporting people and their families across Scotland with chest, heart and stroke conditions. They provide vital services to support people and their families who are living with effects of serious chest and heart conditions and stroke. Their services are focused on making sure everyone in Scotland gets the care and support they need and to ensure their services reach more people, it is their vision to double income, double the number of volunteers and double the amount of people they support through their services.

They have 34 retail stores and continue to open new stores throughout Scotland.
For the Year to March 2018 they held cash reserves of £6,608,000

Savers Drugstore opened it’s first store in Durham in 1988 and was renamed Savers Health & Beauty in 1996. There are currently over 400 stores trading throughout England, Wales, Scotland and Northern Ireland with over 3,000 staff working for the company. The Sunday Times recently recognised Savers by placing them 7th in the prestigious annual list: ‘The Sunday Times Top 25 Best Big Companies to Work For’. 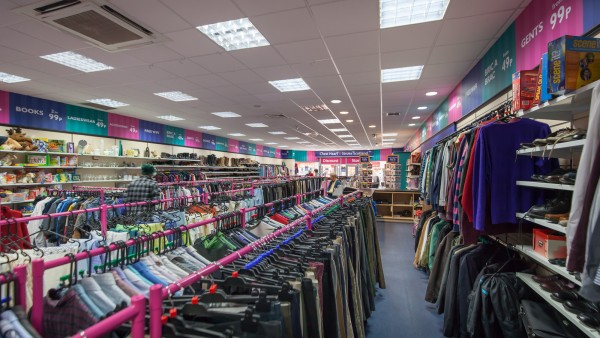 The property has been elected for VAT. It is anticipated that the sale will be treated as a Transfer of a Going Concern (TOGC).

We are instructed to seek offers in excess of £915,000 (Nine Hundred and Fifteen Thousand Pounds), subject to contract, which reflects a net initial yield of 10.00%, after allowing for standard purchasers costs of 5.23%. 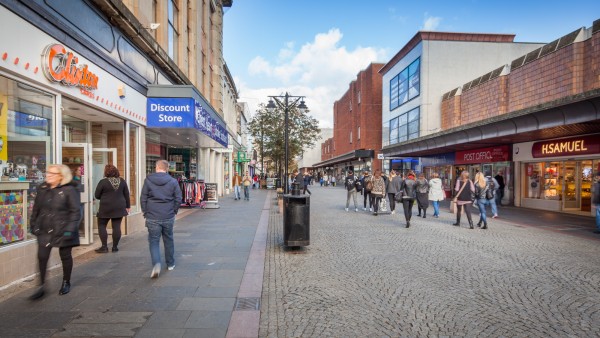 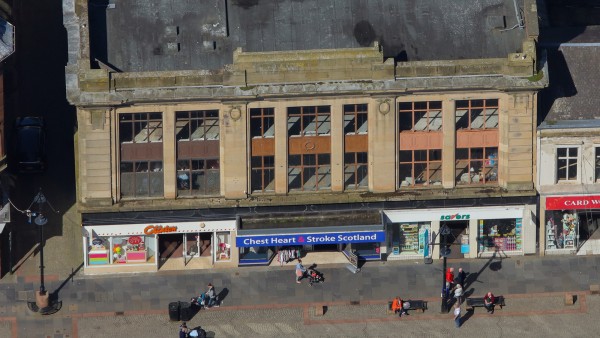