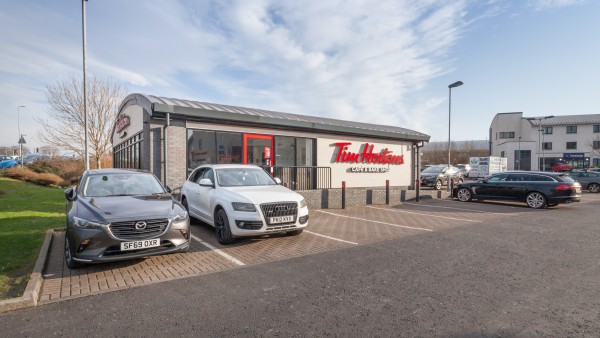 Situated in the west of Scotland, Ayr is the largest of the Clyde coast holiday towns and is the principal retail and administrative centre within the region, situated approximately 13 miles south west of Kilmarnock and 35 miles south west of Glasgow. The town has a population of 46,000.

Ayr is easily accessible by road and provides commuting access to the city of Glasgow and other nearby towns via the A77/M77 road network. The town benefits from regular train services to Glasgow and is in close proximity to Troon where the Seacat ferry provides regular connections to Northern Ireland.

Located a short distance to the north, Glasgow Prestwick Airport offers regular flights to major destinations throughout the UK and Europe.

The property is accessed from Heathfield Road (A719) which provides a direct link via the adjoining Whitletts Roundabout to the main M77/A77 Ayr to Glasgow trunk road.

Neighbouring occupiers in Highfield Drive include Bannatyne’s Health Club, a Travelodge Hotel and Gro Coffee who have recently acquired the adjoining former Frankie & Benny’s restaurant. The surrounding area has seen a considerable amount of out-of -town retail development in recent years centred around the 190,000 sq ft Heathfield Retail Park together with solus stores for ASDA and B&Q. A Premier Inn hotel and a number of motor trade occupiers complete the range of nearby occupiers. 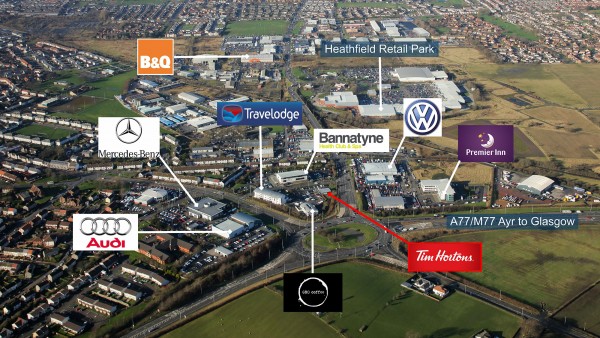 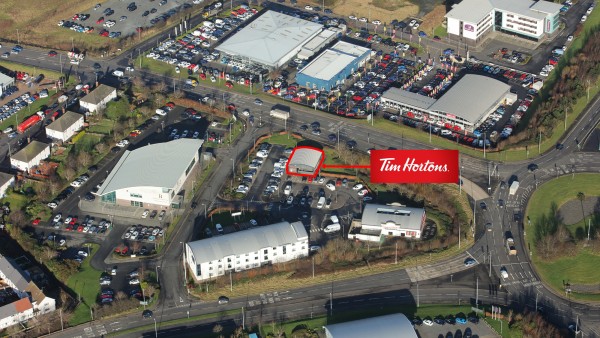 We have been provided with the following floor areas: 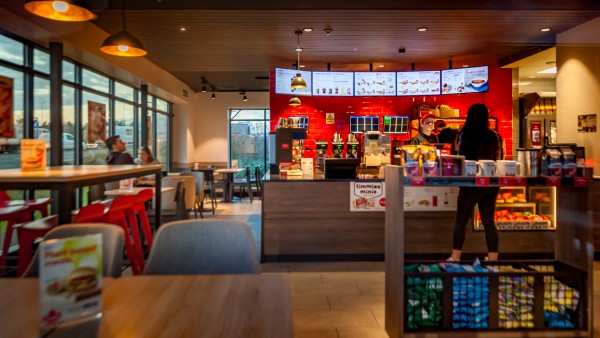 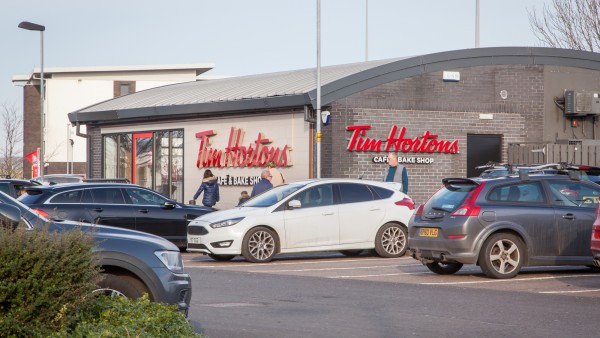 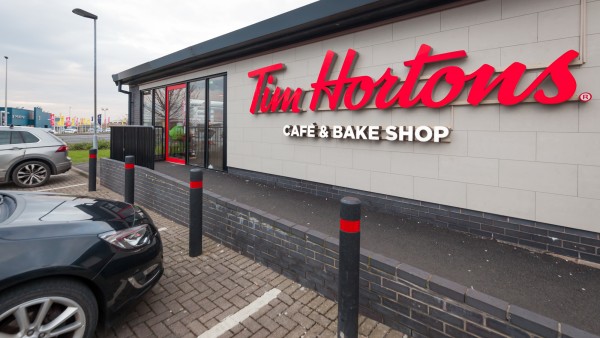 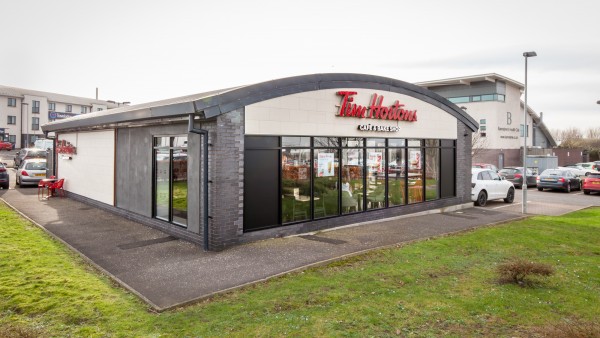 Tim Hortons Inc. is a fast food restaurant chain, specializing in coffee and doughnuts. It is Canada's largest quick service restaurant chain trading from over 4,846 restaurants in 14 countries. The company, which was acquired by Burger King in August for US$11.4 billion, has its headquarters in Toronto ,Canada.

In 2017 the company opened its first UK store and as at Q1 2020 currently trade from 25 units, 12 of which are in Scotland. In the UK the Company trading entity is TH UK & Ireland Limited (Reg No 10303138). The Company has reported the following trading figures:

The Company has a Credit Safe score of 78 out of 100 reflecting a designation as “a very low risk”.

Further information relating to the UK business can be found at www.timhortons.co.uk.

It was reported on the BBC News website on 9 October 2020 that “Tim Hortons is planning a major expansion in the UK and hopes to open an outlet in every major city and town over the next two years which could create around 2,000 new jobs”.

The property has been elected for VAT. It is anticipated that the sale will be treated as a Transfer of a Going Concern (TOGC). 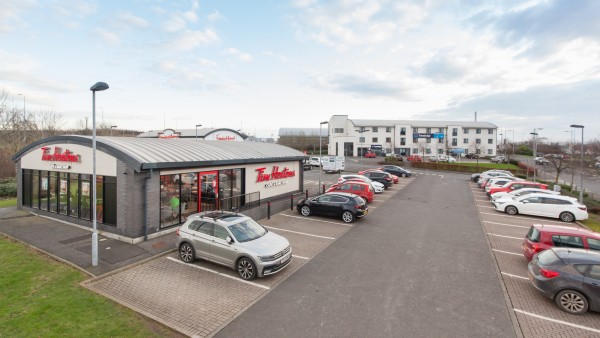 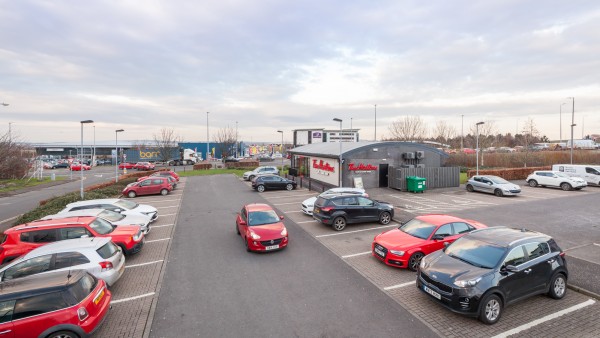 We are instructed to seek offers in excess of £770,000 (Seven Hundred and Seventy Thousand Pounds) reflecting a net initial yield of 8.02% after allowing for standard purchasers costs of 5.50% 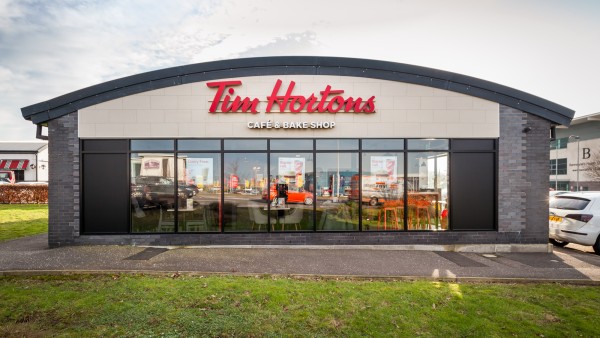