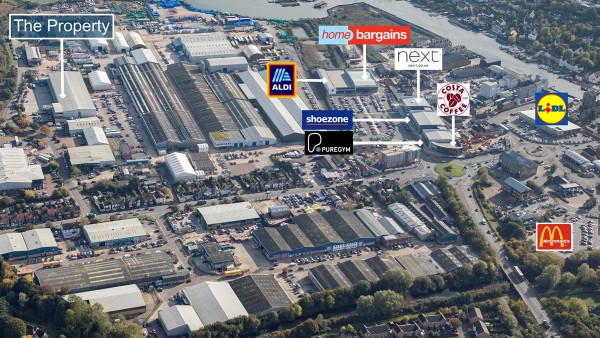 The property is located within Maldon, one of the oldest recorded towns in Essex. The town is located approximately 80 km (50 miles) north-east of London, 96 km (60 miles) south-east of Cambridge, 27 km (17 miles) south-west of Colchester and 16 km (10 miles) east of Chelmsford. The town is connected to the A414, which provides access to Chelmsford and the A12. The M25 Motorway is approximately 32 km (20 miles) to the south-west.

Hatfield Peverel Station is 8 km (5 miles) to the north of Maldon and is served by the Great Eastern Main Line with a journey time of 40 minutes to London Liverpool Street. London Stansted Airport is approximately 40 km (25 miles) to the north-west.

The property is situated on the established Quayside Industrial Estate and is accessed via Bates Road. Maldon town centre is approximately 1.6 km (1 mile) to the south and the A414 is less than 0.8 km (0.5 miles) to the south-west.

The property is a short walk from occupiers which include Tesco Extra superstore and McDonalds. The location also benefits from being in close proximity to the newly opened Blackwater Retail Park, located on The Causeway. Totalling 6,968 sq m (75,000 sq ft) occupiers on the park include Aldi, Next, Sports Direct, Shoe Zone, Home Bargains, Card Factory and Costa. Further retailers due to open on the park include PureGym, Greggs and a 60-bedroom Travelodge hotel. 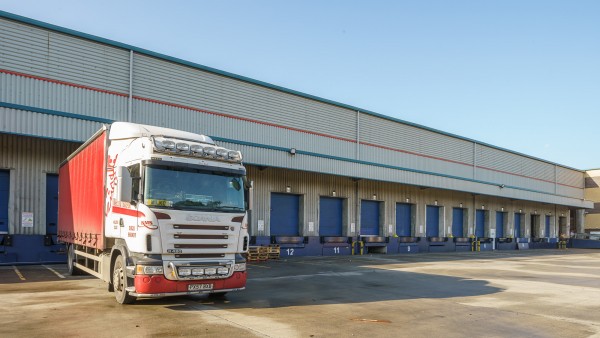 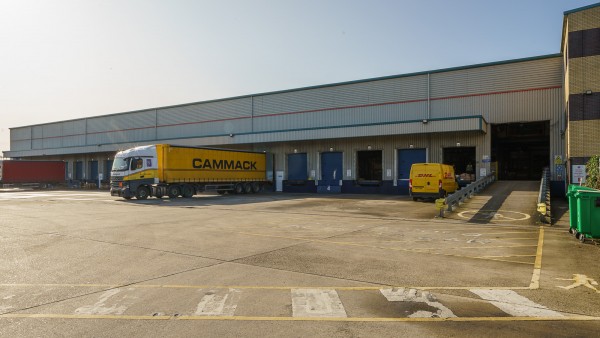 The property was constructed for the current tenant in 1998 and comprises a distribution warehouse facility of steel portal frame construction with a pitched and ridged roof with profile sheet clad elevations. The warehouse is served by 19 canopied dock level loading bays and two further ramped loading bays.

Internally the unit benefits from a minimum eaves height of 8 metres (26 feet) and the tenant has installed a mezzanine to part of the warehouse.

The property benefits from a three storey office block with a lift serving all three floors. The office specification includes suspended ceilings and perimeter trunking.

There is a separate car park to the front of the offices.

The property has been measured by BKR Floor Plans and provides the following Gross Internal Areas:

The measured survey report is available to download and will be assigned to a purchaser at a cost of £745 + VAT. 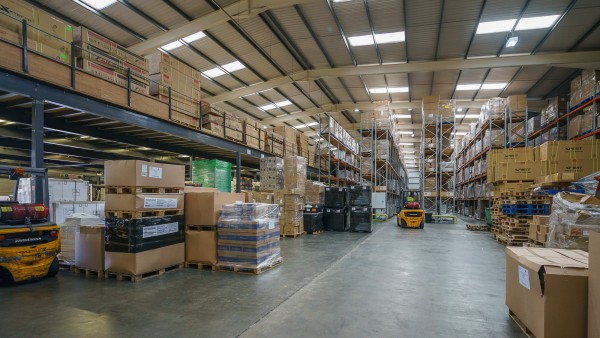 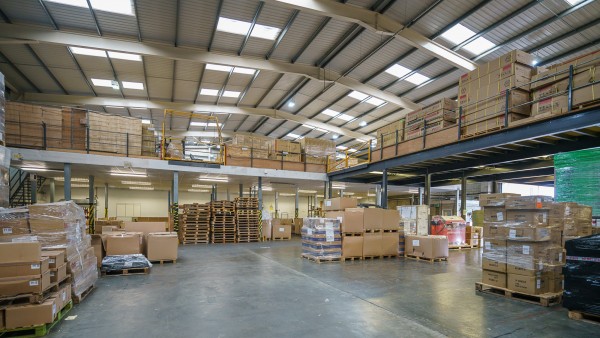 A Phase I Environmental Assessment was carried out by Chelma Global Limited in November 2019. A copy of this report is available to download and will be assigned to a purchaser. 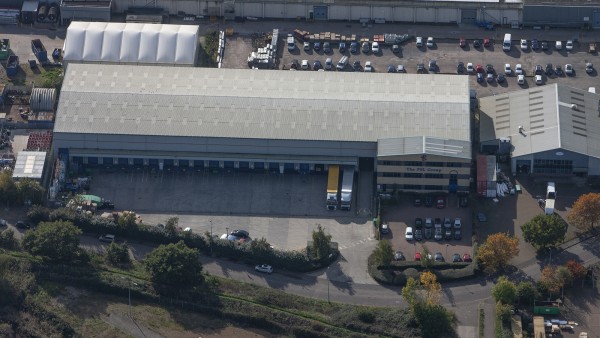 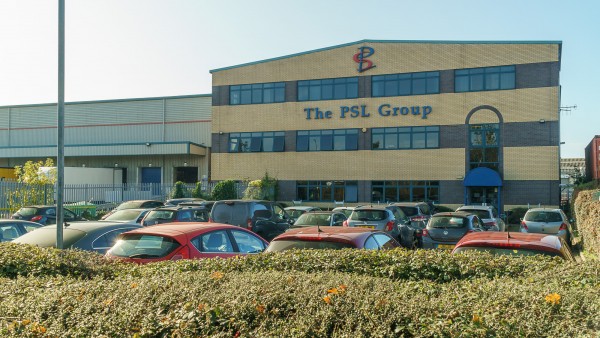 The property is entirely let to PSL Group Limited on a Full Repairing and Insuring lease for a term of 10 years from 11th June 2014, expiring on 10th June 2024.

The tenant has been in occupation since 1998.

Pre-Tax Profits increased by 71% on the previous year with Turnover up by 9.4%.

PSL Freight was founded in 1984 as a result of a management buyout led by the Group’s Managing Director, John King. Initially operating as a niche forwarder, the company focused its activities mainly on the fashion markets of Italy and Portugal, supported by a 24 hour Customs Clearance operation in Dover.

As customer demand grew, the company extended its range of services throughout Europe and further afield with the opening of an office in Manchester and the acquisition of a small air freight forwarder based at Heathrow.

In 1990 SkanTrans-PSL was formed through a partnership involving its 4 agents in Denmark, Finland, Norway and Sweden. Today SkanTrans-PSL remains one of the UK’s leading Scandinavian groupage specialists and is an integral part of the Group’s activity.

During the 1990’s PSL continued its programme of growth organically and via further acquisitions, adding an additional office and depot in Hinckley. A seafreight department was also established to compliment the airfreight client sector, and the construction of its purpose built terminal in Maldon was completed. This was followed by the opening of two new commercial offices in Northampton and Birstall, Yorkshire.

In August 2019, Rhenus Logistics Limited acquired 100% ownership of The PSL Group Ltd.  For the year ending 31st December 2018 Rhenus Logistics Limited reported a Turnover of £81.8 million, Pre-Tax Profits of £2.16 million and Net Assets of £11.8 million. The company is part of the wider Rhenus group, a leading logistics service provider with an annual turnover of EUR 5.1 billion, employing over 31,000 people across 660 locations worldwide. 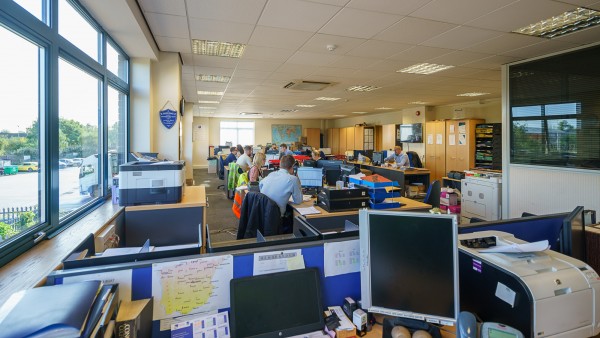 Prime rents in nearby Chelmsford and Basildon have now reached £9.50 per sq ft. The current rent of £5.55 per sq ft is at a significant discount to those rental levels and offers the purchaser an opportunity to further enhance the rental level at the expiry date.

London and the South East are witnessing an unprecedented lack of industrial supply, due to the significant rise in occupational demand.

Demand has been heavily driven by last mile logistics operators and an increase in ecommerce businesses, many of which are now not reliant on retail stores to trade.

East London in particular is suffering from a significant lack of availability. This has resulted in pre letting of space, a reduction in void periods, reduced incentives and rental growth. Rental growth is expected to continue within these areas as availability continues to be tight across both existing and pipeline stock.

Industrial assets have become widely considered as the most in demand subsector within all UK real estate over the past two years.

Investor demand is heavily underpinned by the sector’s strong underlying occupational fundamentals. These include record levels of take up, low availability rates and a constrained development pipeline. These factors have combined to result in significant rental growth, with further rent performance anticipated. 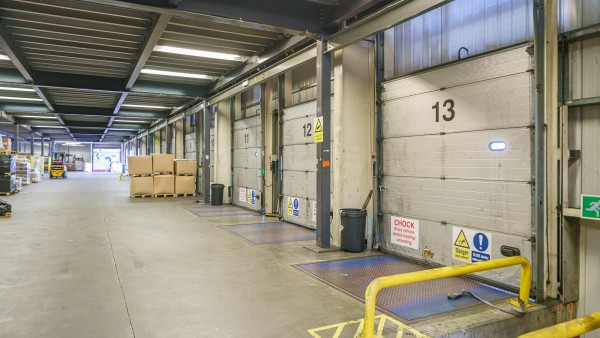 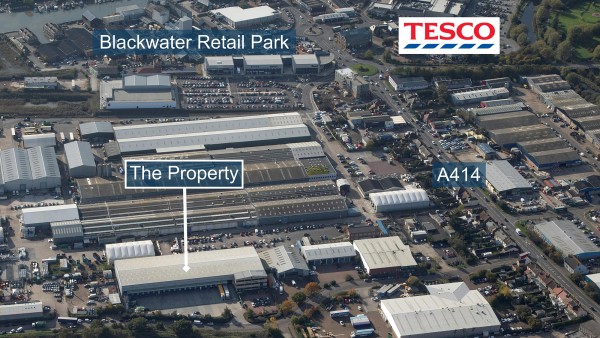 Please note that a purchaser will be re-charged the costs of searches which are provided in the data room, in addition to the measured survey and the environmental survey.

Please note a purchaser will be charged a Transaction Fee of £10,000 + VAT. 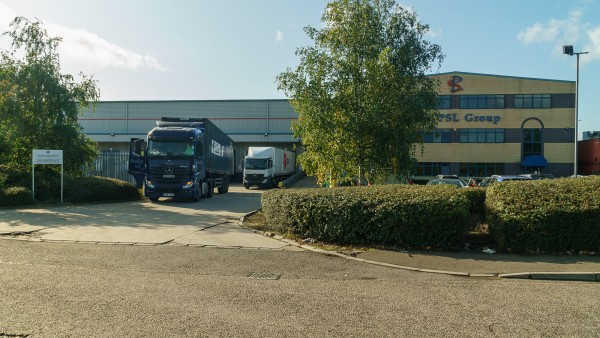