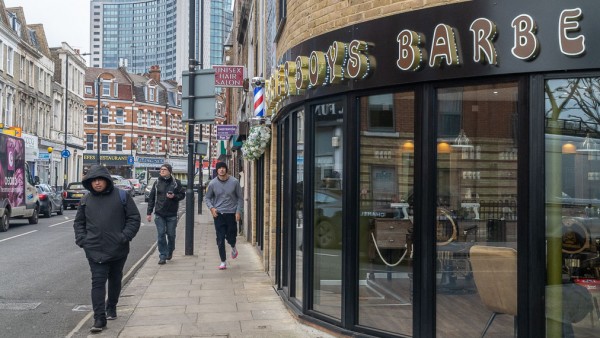 Fulham is a bustling mixed commercial and residential area between Earls Court and Hammersmith, to the north of the River Thames. It is located in the London Borough of Hammersmith & Fulham 4 miles (6.4 km) to the south-west of Central London and 2 miles (3.2 km) south west of Chelsea.

Fulham has a vibrant, mixed residential population and is notable for its culturally diverse commercial activities and street scene.

Fulham benefits from a number of tube stations on the District Line providing direct access to Central London, these include Fulham Broadway, Putney Bridge, Parsons Green and West Kensington. The A4 is approximately 1 mile (1.6 km) to the north and links directly with the M4 Motorway to the west and Central London to the east.

The property occupies a prominent position fronting Lillie Road, close to its junction with North End Road, in the heart of North Fulham. Lillie Road is an established location, occupied by a mix of national and independent retailers. Nearby occupiers include Superdrug, Paddy Power, William Hill, Co-operative food, The Gym, CEX, Greggs, McDonald’s and Iceland.

The Hurlingham Club is less than 1.8 miles (2.9 km) from the property and is set within 42 acres of grounds and is recognised throughout the world as one of Britain’s most exclusive private members clubs. 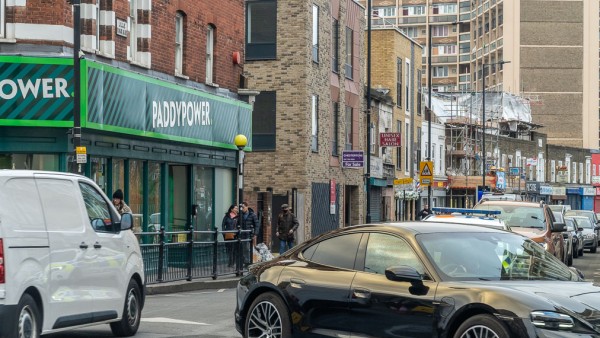 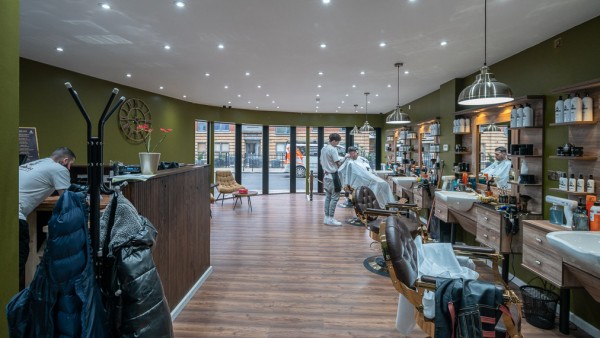 103 Lillie Road has been fitted out by the tenant as a guest and bridal shop with a sales area to the front. There is ancillary accommodation and WC to the rear.

105 Lillie Road has been fitted out by the tenant as a high-end barber shop with a sales area to the front. There is ancillary accommodation and WC to the rear. The property benefits from return frontage.

The upper parts comprise of nine residential units which are not included in the sale. For further information on the development see www.toymakersyard.co.uk.

The property is to be sold with the benefit of a 10-year Build Zone construction warranty which will be assigned to the purchaser on completion.

The property has been measured by BKR Floor Plans and provides the following floor areas for the retail element:

A set of floor plans is available to download and the measured survey report will be re-addressed to a purchaser at a cost of £540 + VAT. 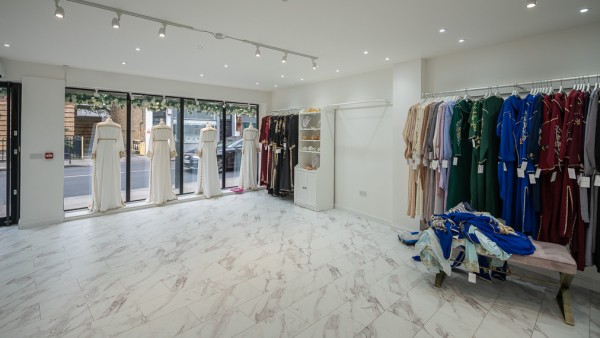 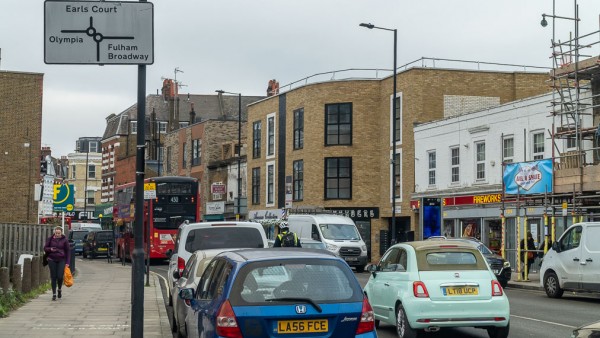 999-year long leasehold, from completion of this transaction and at a peppercorn rent.

A rent deposit equivalent to six months’ rent (£9,000) is held by the vendor and will be passed on to the purchaser.

105 Lillie Road is let to Butcher Boy Barbers Ltd (t/a Butcher Boys Barbers) on a full repairing and insuring lease for a term of 20 years from 28th August 2021, expiring 27th August 2041. There are no break clauses and the lease benefits from 5 yearly open market rent reviews with the next one being on 28th August 2026.

A rent deposit equivalent to seven months’ rent (£12,000) is held by the vendor and will be passed on to the purchaser. 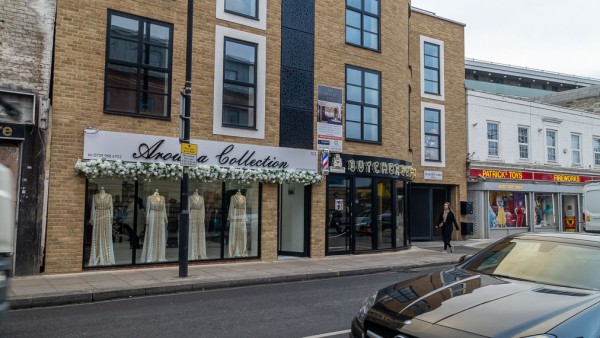 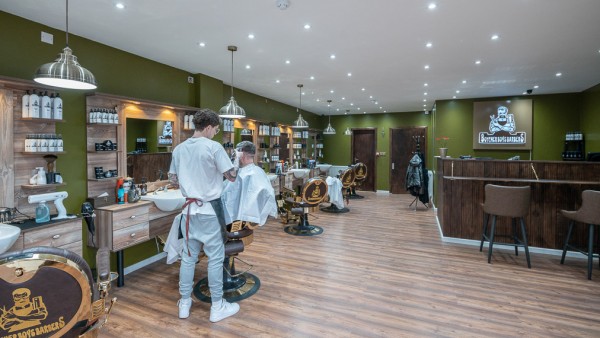 Butcher Boy Barbers Ltd is a modern and chic barber shop established in 2018. The company opened their first site on Mile End Road. Following the success of the first site, they have opened their second site within the property on Lillie Road. Butcher Boy Barbers offer the full barber experience from facial shaves, haircuts and fades within a stylish and welcoming setting. A rent deposit of £12,000 is held by the Landlord.

Aroussa Collection Limited is a bridal and guest wear shop. The business began as an online shop and expanded into an office on New Kings Road. Following its success, they have now opened up their first physical store within the property on Lillie Road. The lease is personally guaranteed and a rent deposit of £9,000 is held by the Landlord.

The property has been registered for VAT and it is anticipated that the sale will be treated as a Transfer of a Going Concern (TOGC). 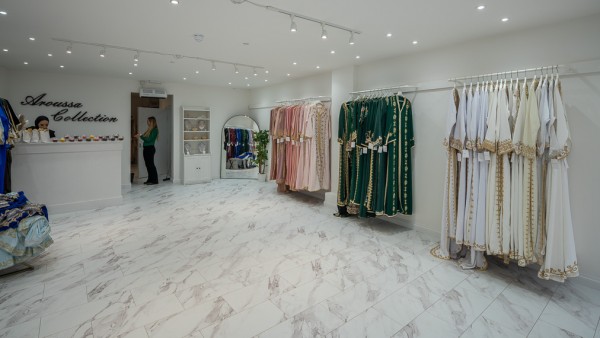 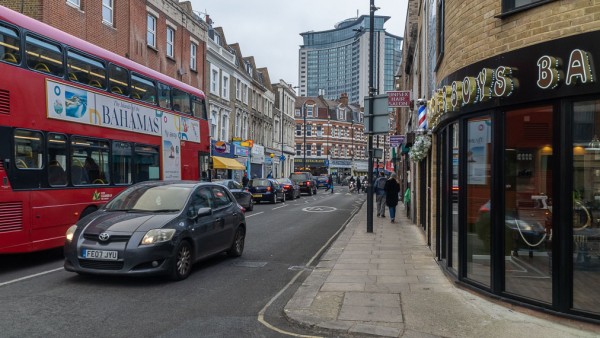 We are instructed to seek a figure of £610,000 (Six Hundred and Ten Thousand Pounds), subject to contract, reflecting a net initial yield of 6%, assuming standard purchaser’s costs of 5.08%.

Please note that a purchaser will be re-charged the costs of the measured survey (£540 + VAT) and searches (£866.50), which are provided in the data room.

Please note that a purchaser will be charged a Transaction Fee of 1.0% of the Purchase Price plus VAT. 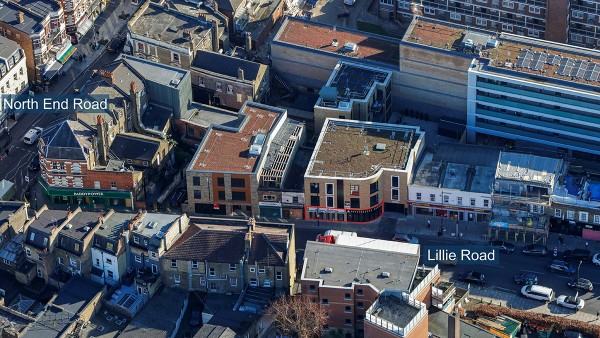