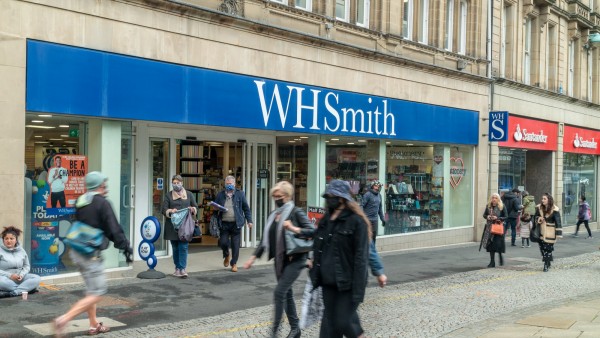 The city of Sheffield is strategically located close to the geographical centre of the UK. The city is served well by the national motorway network, with junctions 31 to 34 of the M1 Motorway on the eastern fringe of the city, approximately 4 miles (6.5 km) from the city centre. The M1 provides direct access to key towns: to the north (Leeds, Barnsley and Wakefield) and to the south (Nottingham, Milton Keynes and London). In addition, the M18 Motorway, accessed at Junction 32 of the M1, provides direct access to the Humberside Ports. Furthermore, the A57 and M67 provide access to Manchester, approximately 38 miles (61 km) to the west.

Sheffield has a strong financial presence with companies such as McLaren, Jaywing, Boeing, Sky Betting and Gaming, all recently making significant investments into the city. There is also a large public sector presence within Departments of Education & Skills, Work & Pensions and the Home Office having strong representations.

The City is home to two distinguished universities; The University of Sheffield and Sheffield Hallam University, with a combined student population of 60,000.

Sheffield is a tourism hub with an estimated 20 million tourists visiting every year. Attractions include the surrounding countryside, the Peak District, Winter Gardens and The Crucible Theatre. The population as of 2016 was over 575,000 and the city is the third largest district authority. It is projected that by 2039 the population will grow to over 650,000. [Source: www.sheffield.gov.uk].

It is anticipated that the council will be forthcoming when landlords apply to change the use of the upper parts along Fargate (for example to residential use).

As part of the funding agreement, this is to be delivered by March 2024.

Further information can be viewed via the following link - www.welcometosheffield.co.uk/makeyourselfathome/future-high-street-fund.

The Heart of the City II
The Heart of the City II is the second stage of the city centres regeneration initiative which is focused around Pinstone Street and is a joint venture between the council and Queensbury. The £470m scheme will include luxury hotels and over 1.5m sq ft of retail, leisure and office accommodation. Further information can be viewed via the following link - www.heartofsheffield.co.uk. 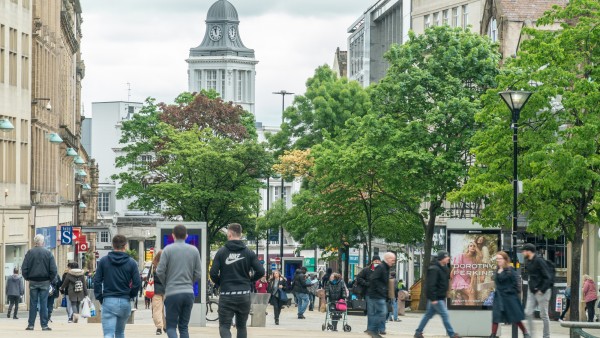 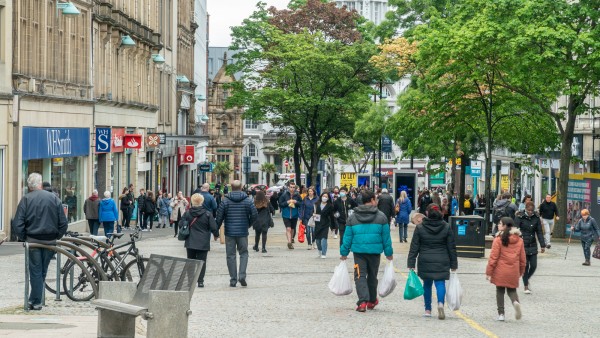 Sheffield’s prime retailing pitch is linear, running from Fargate onto Pinstone Street and further onto the Moor.

The property occupies a 100% prime retailing position on the pedestrianised Fargate, adjacent to Santander.

The subject property is the only WHSmith in Sheffield, other than a small kiosk in the railway station and in the hospital with both being out of the city centre.

The former Next shop, directly opposite the property, is to undergo a £1.5m internal and external refurbishment with a new roof terrace and façade.

The property has recently undergone an c.£1.5m external and internal extensive refurbishment funded by the tenant which demonstrates its commitment to this location and property.
The property comprises an impressive retail premises arranged over basement, ground, first, second and third floors.
The ground, basement and first floors consist of sales accommodation with the second and third floors being used as staff and ancillary accommodation.

The property benefits from escalators from the basement to the first floor, a customer lift and a goods lift.

As demonstrated in the aerial photography, there is potential to considerably extend the third floor onto the flat roof to the rear and to add an additional storey to the property in line with other properties along the parade, subject to planning permission.

This store offers the full range of services such as DHL pick up and drop off and free store delivery.

The property is of Yorkshire stone construction under slate roofs and is one of the most superior buildings in Sheffield city centre in terms of aesthetics, position and future development potential. 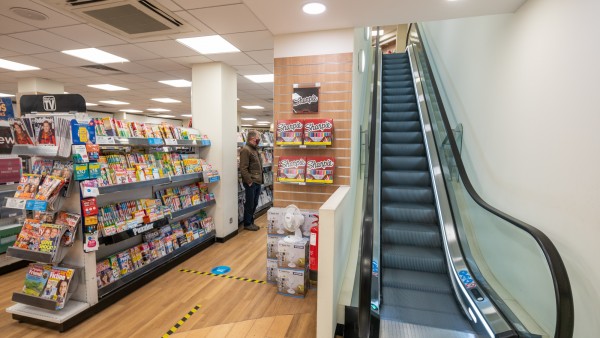 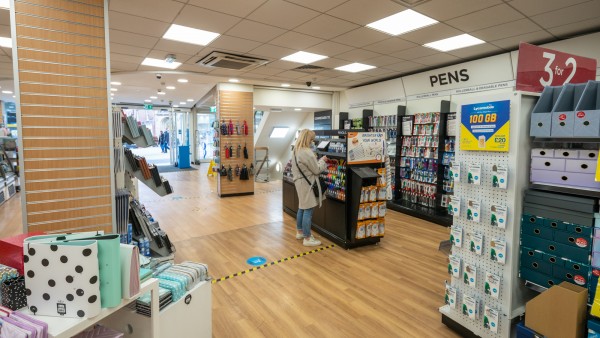 The total Gross Internal area of the property is

A set of floor plans is available to download and will be re-addressed to a purchaser at a cost of £745 + VAT. 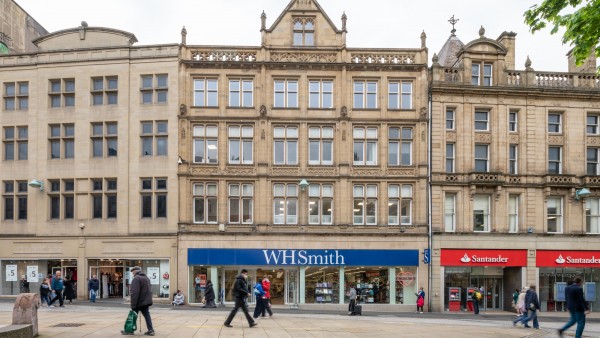 Therefore, there are over 6 years unexpired with no breaks.

The lease is subject to an upwards only rent review on 24th June 2022.

The rent is payable monthly in advance. There are no rental arrears.

By applying a reasonable rate of £12 per square foot for the basement and first floor sales area and £4 per square foot to the second and third floors ancillary area, our analysis shows a Ground Floor Zone A Rate of £163 per sq ft.

WH Smith is one of the longest standing chain stores in the world, being founded 230 years ago. The brand is now one of the leading retail groups and household names in the United Kingdom.

With 568 high street stores in the United Kingdom and a total of 1,174 stores across 30 countries the company has also become and internationally recognised brand, servicing over 240 million customers worldwide every year. 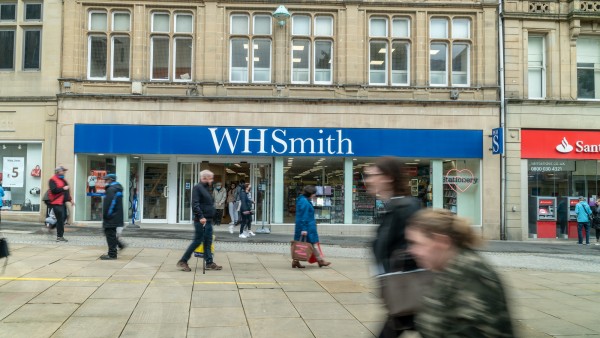 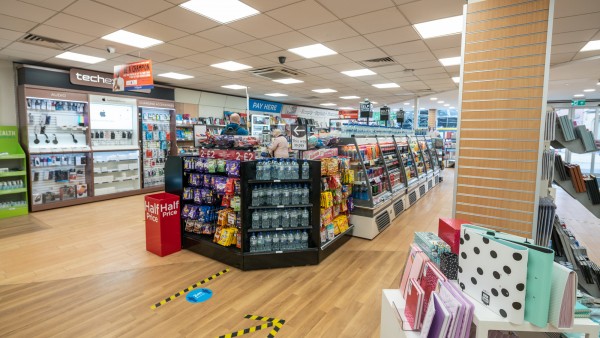 The property has been opted for tax and it is anticipated that the sale will be treated as a Transfer of a Going Concern (TOGC).

We are instructed to seek offers of £3,850,000 (Three Million Eight Hundred and Fifty Thousand Pounds), subject to contract. This price reflects a net initial yield of 9.4%, assuming purchasers’ costs of 6.53%.

Please note that a purchaser will be re-charged the cost of searches which are provided in the data room and amounting to £645.64 including VAT. 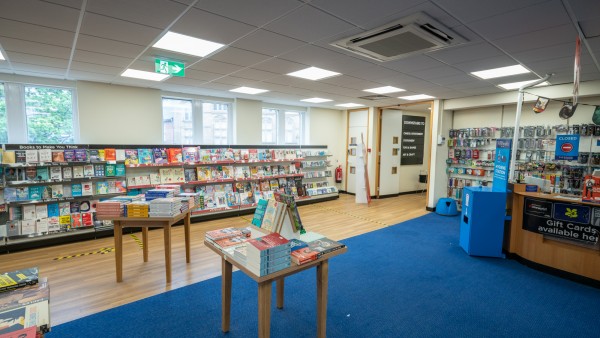 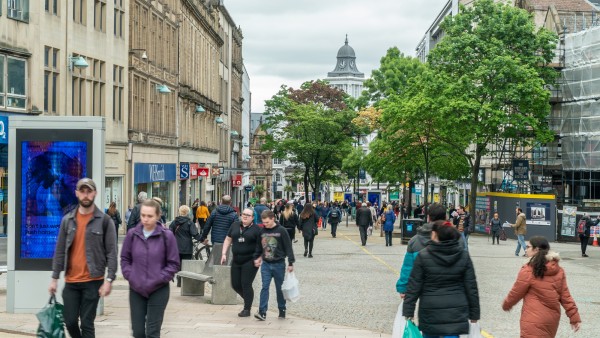