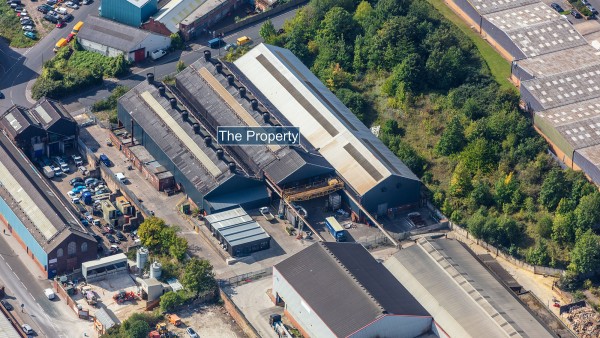 Sheffield is England’s fifth largest city and the commercial, administrative and retail centre of South Yorkshire. The city is located 150 miles (240 km) north of London, 33 miles (53 km) south of Leeds and 38 miles (61 km) east of Manchester. The city benefits from a central location within the UK and is adjacent to the M1 Motorway.

Sheffield enjoys excellent communications to destinations within Yorkshire, together with other major towns and cities in the north of the UK. The city is served well by the national motorway network, with Junctions 31 to 34 of the M1 on the eastern fringe of the city, approximately 4 miles (6.5 km) from the city centre. The M1 provides direct access to key towns: to the north (Leeds, Barnsley and Wakefield) and to the south (Nottingham, Milton Keynes and London). In addition, the M18, accessed at Junction 32 of the M1 provides direct access to the Humberside Ports. Furthermore, the A57 and M67 provide access to Manchester, approximately 38 miles (61 km) to the west.

Sheffield has a strong financial presence with companies such as McLaren, Jaywing, Boeing, Sky Betting and Gaming, all recently making significant investments into the city. There is also a large public sector presence within Departments of Education & Skills, Work & Pensions and the Home Office being strong representations.

Sheffield is also a major education centre with the University of Sheffield and Sheffield Hallam University having approximately 60,000 students combined.

The property is accessed via Garter Street and is situated in an established commercial location with the surrounding area accommodating a variety of distribution, light industrial and heavy industrial uses. Nearby occupiers include Delicious Alchemy, Direct Special Metals, Ancon, Amazon, Royal Mail and UPS. 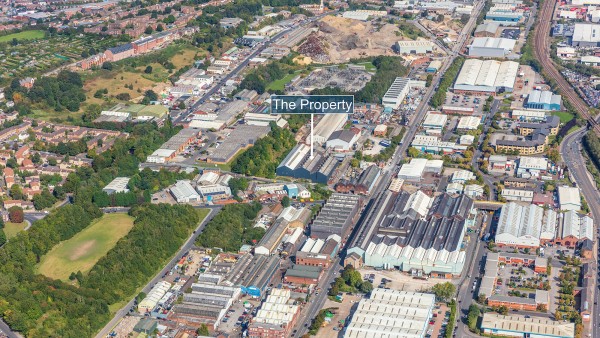 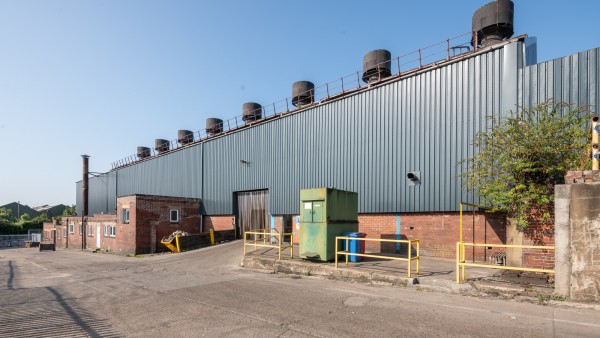 The property comprises a detached industrial unit dating from the 1960’s which has been partly refurbished in 2020 (see below).

The property has three interconnecting bays (Bays 1-3) in addition to an adjoining single store office/ancillary element. The industrial unit is of steel framed construction with elevations a combination of brick and profile cladding, with an eaves height of approximately 8.8 metres (28.9 feet) to the underside of the haunch. The office/ancillary element extends along the south eastern elevation of Bay 3 with elevations of brick construction.

The property has an EPC rating of “D”. A copy of the EPC is available to download.

An external refurbishment of the buildings and car park / entrance was undertaken in 2020. A summary of the refurbishment works is outlined below and a copy of the specification is available to download.

• New cladding to Bays 1-3
• New gates and entrance onto Carwood Road with areas reinstated with C40 reinforced concrete for HGV turning, significantly enhancing access for HGVs and other vehicles
• Repairs to road surface and creation of 10 x new parking pays
• Widening of HGV turning area from 5 metres to 10 metres

In addition, a new modular office has been constructed. The unit is of steel framed construction with composite external elevations and double glazing. The internal specification includes suspended ceilings, LED lighting and comfort cooling. The specification and plans of the unit are available to download.

The property has been measured by BKR Floor Plans and provides the following Gross Internal Areas;

A set of floor plans is available to download and the measured survey report will be re-addressed to a purchaser at a cost of £695 + VAT. 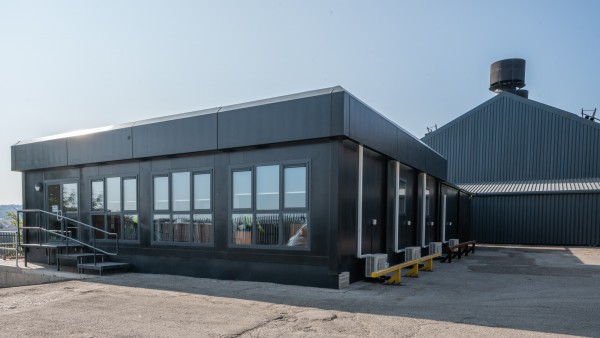 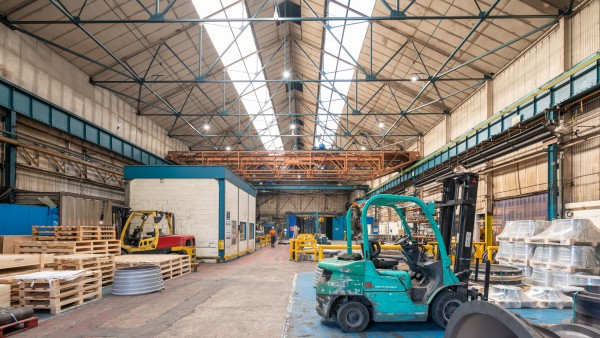 A Groundsure Siteguard Report dated January 2020 concludes that the Flood Risk is Low. A copy of this report is available to download. 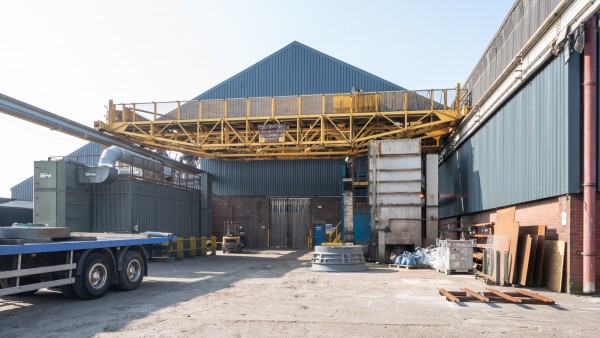 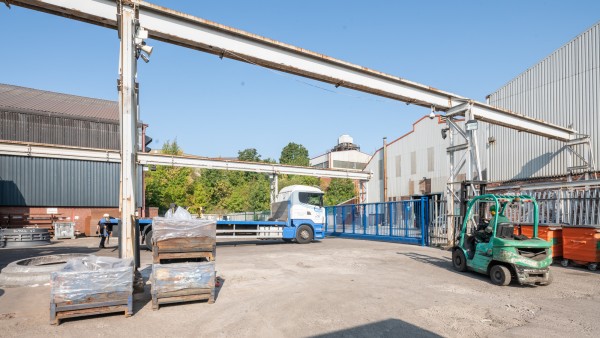 The freeholder is obliged to keep in repair the overhead gantry used by the occupiers, this gantry over-hanging the adjoining land (see adjacent photograph). This would appear to relate to historic use of the subject site and the adjoining site. The gantry is used by the tenant, Paralloy Limited, who are required to maintain under their lease repairing obligations. There are similarly obligations to contribute towards the cost of maintaining the estate roads which again are passed onto Paralloy.

The property is let to Paralloy Limited on a full repairing and insuring lease (subject to a Schedule of Condition) for a term of 10 years from 24th July 2020, expiring on 23rd July 2030. 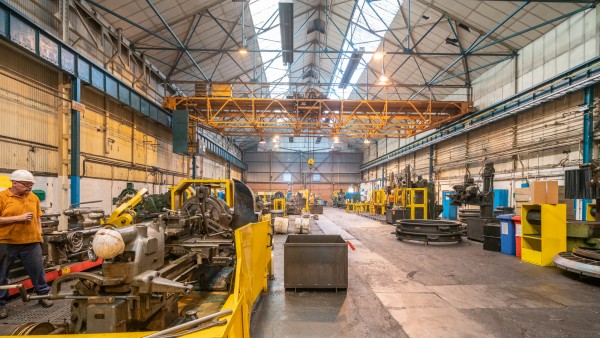 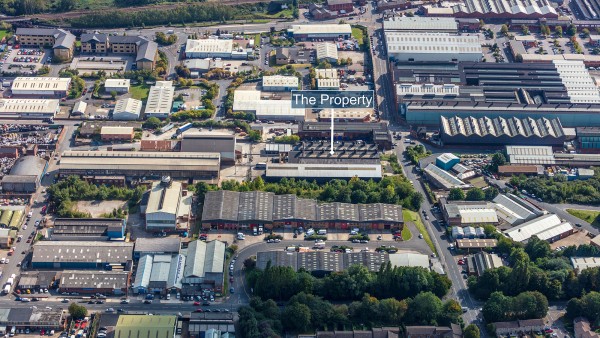 Paralloy has roots in the UK’s steel industry dating back to 1967 and specialises in transforming raw elements into products that power the petrochemical, ethylene and syngas industries. Paralloy primarily serves the synthetic natural gas and ethylene cracker petrochemical markets, manufacturing and fabricating specialist centrifugal castings. For further information visit www.paralloy.co.uk.

In December 2019 the Centrifugal Castings Division of The Doncaster Group, comprising Paralloy and FVC, was acquired by Nimbus, an international investment group. Nimbus backed Paralloy’s senior management team, led by chief executive Robert McGowan, to acquire the business, using its pan European footprint to support Paralloy and FVC’s growth and export plans. Arbuthnot Commercial ABL structured and delivered an £11.8 million asset-based lending transaction to support the acquisition. The statement on the company website can be found here.

“This is good news for our business. We are delighted to be working with Nimbus, we believe their background and expertise complements our strong management team and we have a partner that understands us, our business and is excited about the future.” Paralloy Chief Executive, Rober McGowean

The announcement by Nimbus can be viewed on the company website here .Nimbus has offices in Germany and the Netherlands, plus a UK base in Leeds. It specialises in investments into “industrial companies requiring both capital and management support”. For further information see www.nimbus.com and www.nimbus.com/en/our-companies/80/paralloy-fvc. 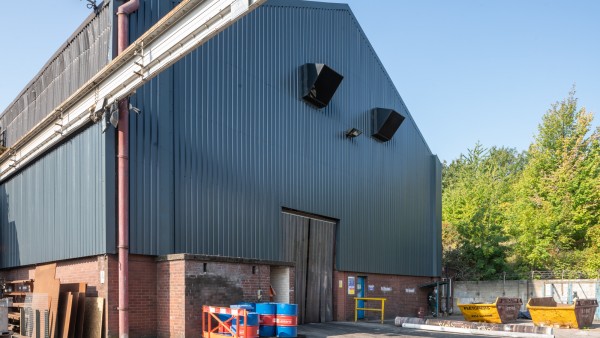 Please note that no capital allowances are available.

Please also note that a purchaser will be re-charged the costs of the measured survey and searches which are provided in the data room. 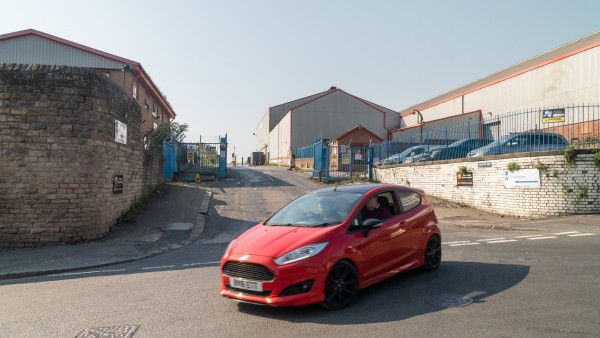